Vibhavari developed a very low-priced model of Dewas Roof Water Harvesting System. It is worth mentioning that during the year 1999 to 2001, there were significant works done in the field of water enrichment using this technique in 2000 houses of Dewas city.

Dewas Roof Water Harvesting System was later on awarded as Best Technology in International Trade Fair and immensely praised and recognized by the media nationwide.

Water scarcity is always a challenge for hand washing before MDM in schools. While working for behavioral change in the field of school sanitation, Vibhavari enlisted many practical problems including time constraint with single washing station and limited break timings. Vibhavari designed an innovative hand wash unit. It is a pre-fabricated, portable, child friendly unit where ten children can wash hands together. It saves 60% water and 80% time. It is easy to maintain as this unit can be kept inside after use by kids themselves as its weight in not more than 9 kgs.

An innovative approach to promote primary education in rural areas.

Khel Khilone is a concept which involves use of local resources and expertise to devise certain tools to make school campus attractive for children. These tools not only ornamented the school but were very successful in promoting learning in primary school students. This innovation helped in reducing the dropout level & increased community involvement, which results in social monitoring of the school. It was a self-funded project, which earned appreciation from World Bank Team.

Soap Bank is a new innovation by Vibhavari to ensure availability of soap in schools for hand wash. Child Cabinet has passed a resolution that every student will donate a soap to school on his/her birthday. This evokes a proud feeling of contributing something and in turn receiving genuine wishes by other students. The Soap Bank is a very successful and sustainable modal and is spreading on its own.

In the year 2008, an innovative modal for WASH had evolved as Jagmag Sena. Jagmag sena is a group of volunteer students who took responsibility to conduct WASH activities in their respective schools upon themselves. This further led to formation of Child Cabinet.

Vibhavari made its contribution towards spreading awareness against pollution of environment. Polythene, the biggest hazard for a clean and healthy environment, is omnipresent and it is not bio-degradable. A substitute for cheap polythene bags, Jaibee Thaila was designed and promoted in districts of Khandwa & Dewas, M.P., by the organization. Nearly 10,000 Jaibee Thailas were distributed in the area for bringing behavioral change in the community. 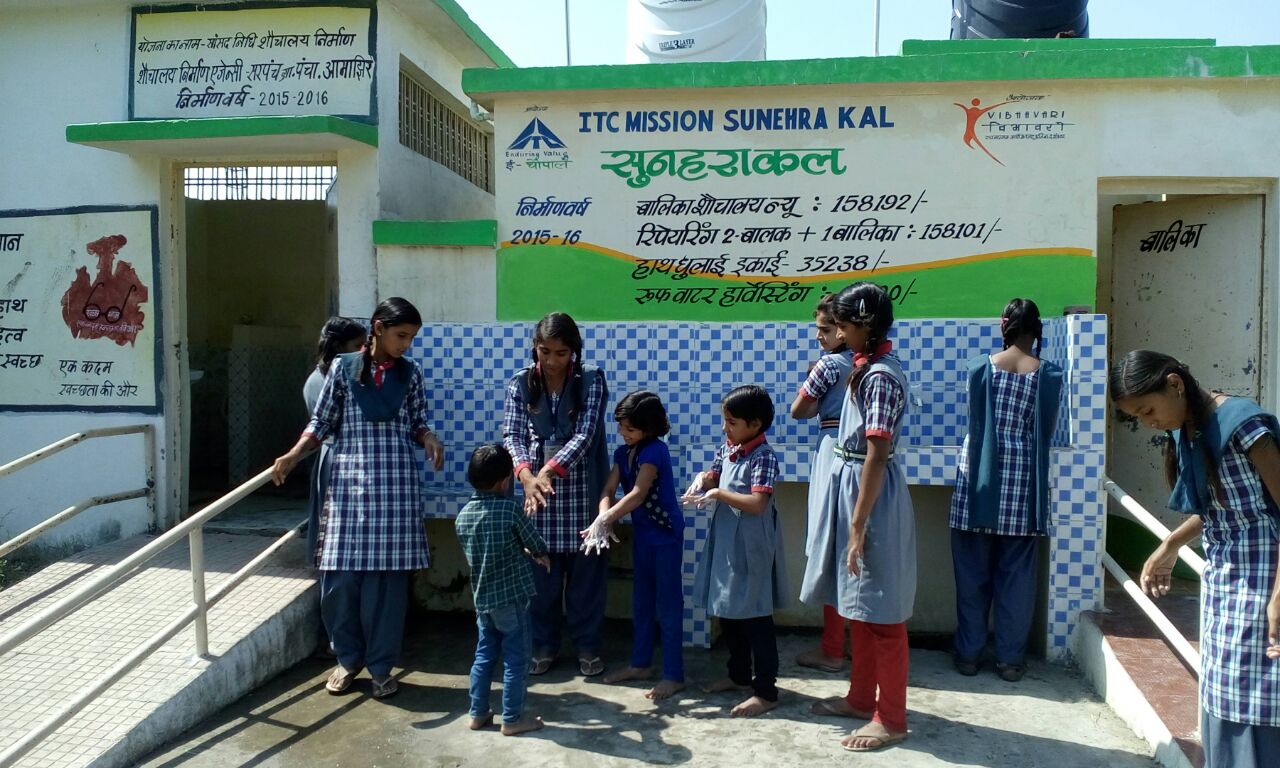 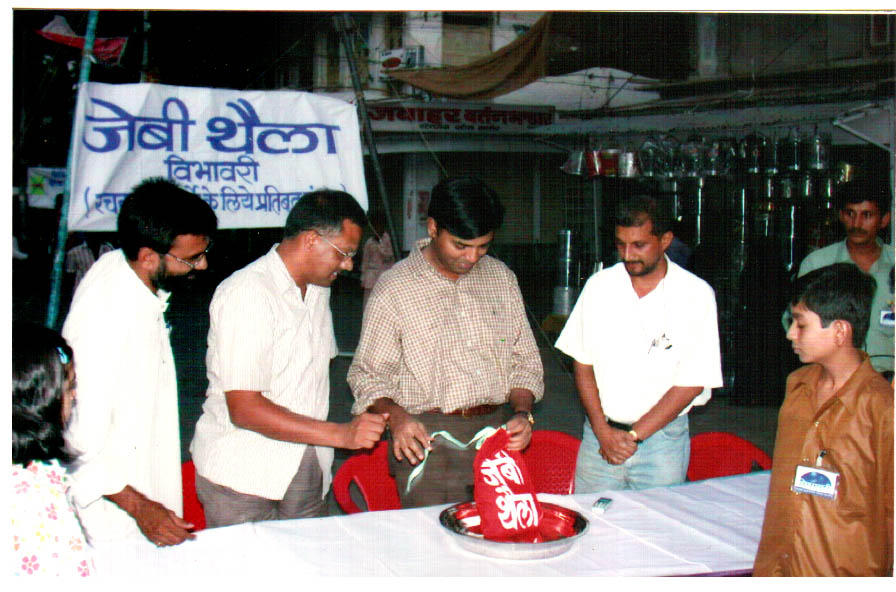 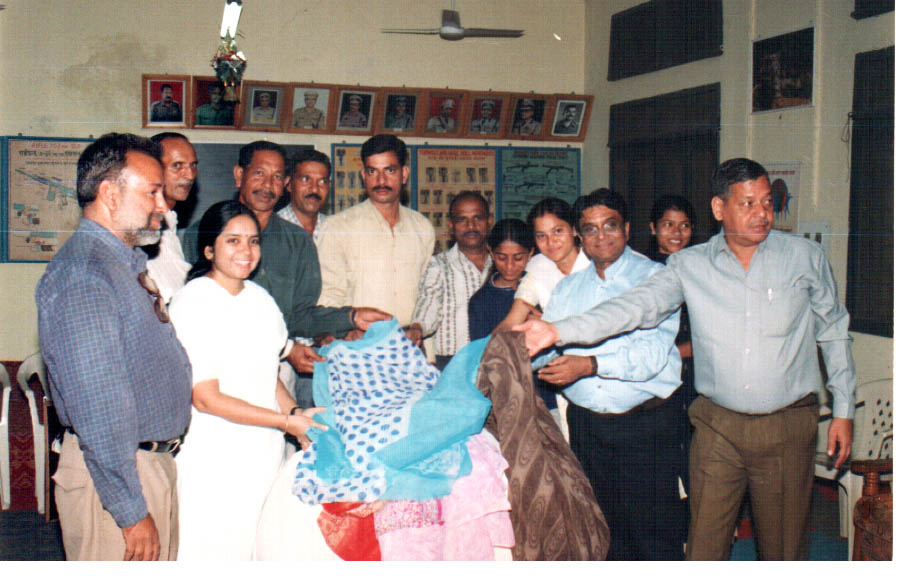